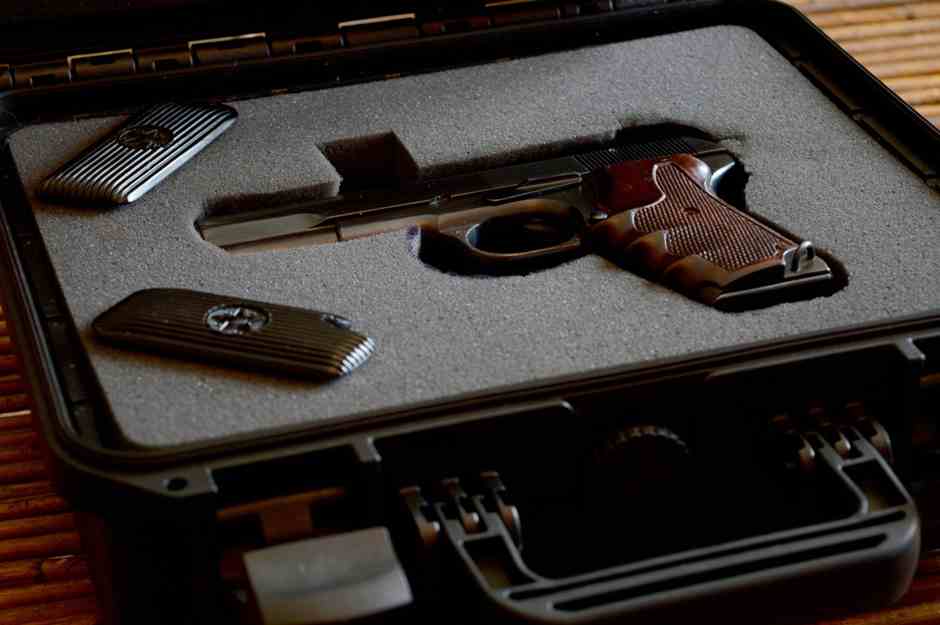 The U.S. Constitution protects American citizens’ ability to own a gun, and many Americans exercise this right. While there isn’t a centralized registry of gun owners in the United States, over 70 million people claim to own a gun.

People look to purchase guns for a variety of reasons. Self-defense, hunting, and sport shooting are a few of the most common motives for wanting or needing a firearm.

Due to a gun’s potentially dangerous nature, a gun owner bears many responsibilities associated with maintaining a firearm. Read on to learn all about the duties of gun ownership.

Treat the Gun With Respect

Respecting the gun is the most important responsibility of a gun owner. A firearm treated appropriately isn’t a threat to anyone or anything, but accidents can happen when someone doesn’t show the gun the respect it deserves.

A responsible firearm owner never treats their gun like a toy, never handles their gun while under the influence of drugs or alcohol, and never loses track of it.

Too many people leave their loaded guns in their dresser, in the glove box of their car, or strewn about their homes. Guns are one of the most common targets for burglars, and thousands of guns are stolen every year.

As a responsible gun owner, you always unload your firearm and lock it in a gun safe. This keeps your gun from being stolen and falling into the wrong hands. Many gun-related crimes are committed by individuals who had previously been denied access to a gun and were forced to resort to theft as a means of arming themselves.

Guns should be locked in their own safe, and any ammunition should be stored in a separate locked cabinet.

A gun owner should always exercise the utmost care when handling their firearm. This generally takes two forms.

Every responsible firearm owner always assumes that a gun is loaded and treats it as such. This builds the habit of safe gun handling and dramatically reduces the risk of accidents with a loaded gun. The rule of thumb amongst gun owners is to never point a gun (loaded or not) at anything you wouldn’t want to shoot.

You’ve probably seen actors wielding guns in movies with their fingers over the trigger, but this is actually incorrect form. You should never touch the trigger of a gun until you intend to fire. A slip of the finger is all it takes to accidentally fire a bullet.

The correct way to hold a gun is to rest your finger against the trigger guard. With your finger off the trigger, you won’t accidentally fire the gun.

Teach Your Children About Gun Safety

A locked cabinet prevents children from accessing your gun, but that’s not enough to completely prevent gun accidents. It’s your responsibility to ensure your children’s safety around guns. You never know when they might come across a firearm.

The process starts with basic education. Teach your kids everything that goes into proper gun handling and to remove themselves from situations where someone else may be following unsafe gun practices.

Abide by the Law

There are a few commonly-known laws about gun ownership. These include needing to be at least 18 years old to apply for a gun license and that those convicted of a felony aren’t typically allowed to own a gun.

However, those laws are only the tip of the iceberg when it comes to the legislation surrounding firearms. There are numerous federal laws to abide by and even more laws concerning it at the state level.

As a responsible firearm owner, it’s your obligation to know and adhere to all of these laws.

Buying a new firearm from a federally-licensed gun shop ensures that whatever gun you purchase will be in good condition and that all processes involving the sale of the gun comply with the law.

You don’t need to visit a brick-and-mortar store to find a reputable gun dealer and buy a gun. Plenty of shops do business online. View this page for an example of the deals you can find.

Ensure your firearm works as it should be regularly disassembling the important parts and cleaning them. You don’t need to completely take apart your gun; you just need access to the parts that need maintenance. This process is known as field stripping.

At first, field stripping will take a bit of time, but you’ll quickly get more efficient at it. Over time, residue builds up on the gun barrel and firing mechanisms. This residue reduces the reliability of your firearm, can lead to failure and can cost you a significant amount of money in repairs.

You’ll also need to lubricate the components of the gun that come in contact with one another. A firearm in need of lubrication wears out much faster than one that’s received the proper care.

If you own a gun, you should know how to use it. For this, you need to practice with it regularly to build your confidence in handling your firearm.

Local gun ranges are a great place to hone your skills in a safe environment. Many even offer classes to teach you the proper way to shoot.

An inexperienced individual wielding a gun is a danger to both themselves and the people around them. Hunters with poor gun proficiency put the other members of their hunting party at risk, and those that rely on a gun for self-defense won’t be able to defend themselves.

Know Your Duties as a Gun Owner

Being a gun owner is a gratifying experience. Guns can be used for personal safety and for sport. You’re responsible for properly storing and maintaining your gun, knowing the laws around firearm ownership, and learning how to use it properly.

Responsible gun ownership ensures your safety and the safety of others. Found this article informative? Follow our blog for more lifestyle news.