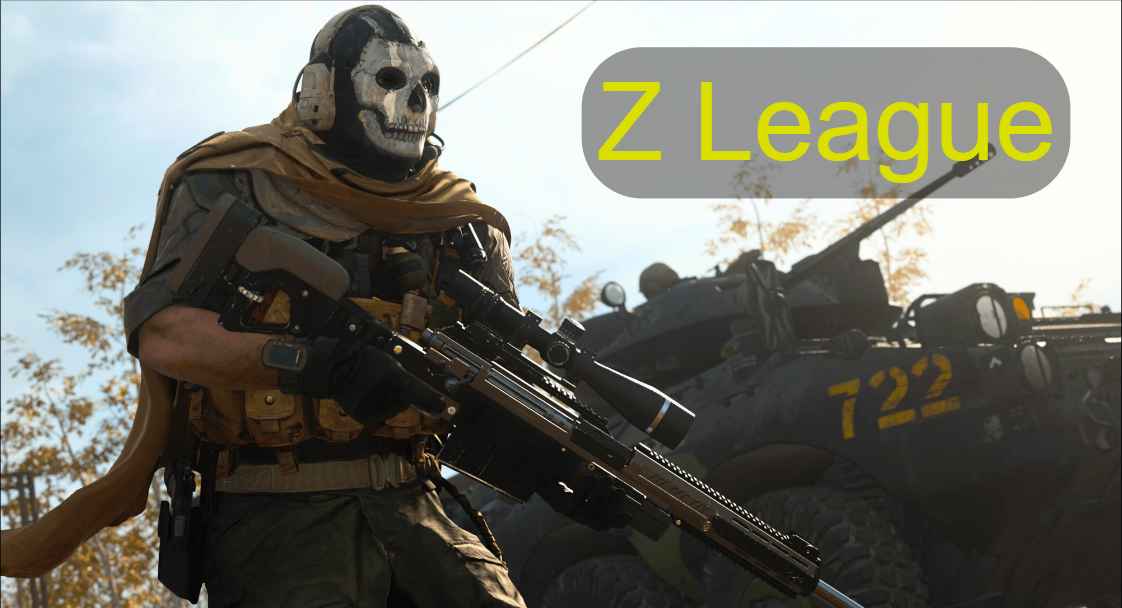 Home
SPORTS
Z League Fortnite: All About the Tournaments (2023)

The world of esports and competitive gaming is expanding at a rapid rate. Even casual gamers know the players that dominate their favorite game at the professional level since every popular game has its professional scene. Although it may be a lot of fun to watch esports and understand the strategy involved, only some players have the time or ability to polish their abilities to the point where they can compete in that esports.

Z League has big plans to change that. Z League is a skill-based competition platform that aims to pair you in games with and against others on the same playing level as you. More casual players will be grouped with other more casual players, while others who take the game more seriously still feel like they are competing against similar players. When you are put into a Z League encounter, you will have the impression that you have a chance to win everything.

What is Z league?

The Z League aims to be the first Fortnite competition platform focused on players’ levels of expertise. The group claims that many streams and pros are participating in competitions, but only so many no viable alternatives for casual players.

The ranking system of Z League is what differentiates it from other competitions. The one-of-a-kind rating system this firm uses examines your Fortnite information before classifying you and your squad into one of the available categories. You may expect to face up against other teams that have a skill level comparable to your own.

You may experience feelings of helplessness whenever you compete in tournaments since you’re up against broadcasters and professionals. It is a fact that only some get paid to play Fortnite for eight hours a day, and some people are just better than you. However, this does not imply that you cannot engage in friendly competition, earn money, or even develop your skills while doing so at the same time.

A “Harvard-trained engineer” is credited with developing the unique rating system used by the Z League. Using your previous Fortnite statistics will put your team in a division with similarly skilled opponents, which will result in an exciting, engaging, and fair tournament experience that you have the potential to win.

In 2020, Lucas Pellan and Robbie Schneidman laid the groundwork for Z League. Schneidman was the leader of several engineering teams at Convoy, sonder, and Amazon, while Pellan served as the Chief Operating Officer of Sonder.

There is no reason for us to question whether or not it is a hoax. It is, without a doubt, genuine and deserving of your faith. Both having pleasure, and making money may be accomplished simultaneously.

In general, the website provides an excellent environment for every kind of Fortnite gamer there is. If you still need to participate in a Z League competition, we suggest you do so as soon as possible. After all, you’ll be eligible for cash awards just by beating opponents with the same degree of expertise as you.

Z League and Fortnite: A Match Made In Heaven?

It is pretty evident that Z League is enthusiastic about competitive Fortnite, and the mission statement on their website makes it very clear what their ambitions are; “We built Z League, the world’s first skill-based tournament platform because we loved watching streamers and pros compete in tournaments, but we felt that there were no good options for casual gamers like us.

Everyone has the opportunity to play games that are not only enjoyable but also significant when they join Z League. Skill-based matching, also known as SBMM, is looked down upon by many high-level players because they dislike being matched against other players of a comparable ranking. They feel dishonest players may easily penetrate the highest level of competition, compromising the game’s fairness.

There is also a sizeable community of top-tier players who like that they can compete against players of lesser ranks. It allows them to keep their egos in check by winning matches against opponents who are far less skilled than they are.

Z League has frequent Fortnite tournaments, which have free sign-ups and give minor payments if you do well enough to qualify. The demand for competition keeps many players engaged in the game. The Dreamhack tournaments are spread throughout the year, and you often only have one opportunity to do well. Additionally, the matching algorithm tends to favour more experienced players most of the time.

The Z League delivers a balance that makes competition more enjoyable for everyone involved. Given that we are not talking about awards in the thousands of dollars (yet), it would be a lot of work to go through only to spoil someone else’s good time. The system needs to be foolproof, and talent tanking is probably still feasible to reveal the SBMM.

It is also important to note that Z League hosts tournaments for Fortnite in all available forms, including the much-requested Solos variant, which Dreamhack chooses not to host. Z League is finding success by paying attention to players’ feedback and providing them with the features they want; this trend may continue indefinitely.

How does Z league make money?

According to sources, Z League’s online gaming competition platform has more than 3 million gamers from more than 21 different nations participating. So how exactly does Z League profit from all of these other users?

The revenue model for Z League and a breakdown of how much money it produces are provided below. Including every source of income and the price they ask for their services.

The Z League will generate income in 2023 through the following two methods:

When a player cashes out their wins, Z League takes a small transaction as a processing charge, which is one of the ways the company generates money. You can see here, along with the amount they take.

How much does it cost to join Z League? (Z League fees)

Every time a player cashes out, there is a $2 processing charge (no minimum withdrawal amounts)

Z League generates revenue because most events do not require players to pay an admission fee to participate. However, some of their tournaments need participants to pay an entry fee. Some of the admission costs can be paid with “credits,” while others can only be paid with actual fiat currency, allowing you to enter using “credits” or real money.

In other words, some of the entry fees can be paid with “credits,” while you can only pay others with real money.

What kind of services does Z League provide?

Z League runs daily tournaments in free and paid forms, awarding players various prizes, including site credits and, most importantly, real-world currency. At the moment, Z League hosts competitions in the games Apex Legends, Call of Duty: Warzone, and Halo Infinite, and it has now added League of Legends to that list.

Z League League of Legends provides many opportunities for players to compete against one another and earn substantial rewards by providing a diverse range of tournament structures. Both solo and pair contests have every day, rated events and even ARAM win streak tournaments every day. There is always an opportunity for players to win site credits and cash, and there are also regularly scheduled events with significant cash prizes.

In Fortnite, the tournaments that take place in the Z league are not like any other competition. In case you were wondering, the competition will include several skill sets. You will always face the appropriate opponents based on rankings, stats, and other factors. These algorithms are incorporated directly into the game.

You can participate in nearly any tournament you desire, and doing so is free of charge. An engineer from Harvard was responsible for developing the bespoke ranking algorithms. Therefore, you should anticipate facing some competition, but it won’t be entirely out of your league. Before becoming involved, you must ensure you understand the regulations.

Additionally, Z League asserts that you can be the worst player in Fortnite. However, you will meet opponents whose talents are comparable to your own, and you will get prizes for the same.

You will, however, need to study their guidelines to do this. In addition, participation in any of these competitions is entirely free. Instead, if you win one of their tournaments, you’ll walk away with cash awards. For this event, you can compete in Solos, Duos, or even Squads.

Listed below are some of the Z League alternatives available that you can utilize:

What exactly are you looking forward to? By signing up for Z League, you may compete in one of the numerous live competitive gaming tournaments that are taking place right now. There are alternatives for free entrance and paid and credit entry options for individuals who want to increase their chances of winning larger prizes. Z League is the place to go if you want to play League in a competitive setting that allows anybody to participate, no matter their skill level.