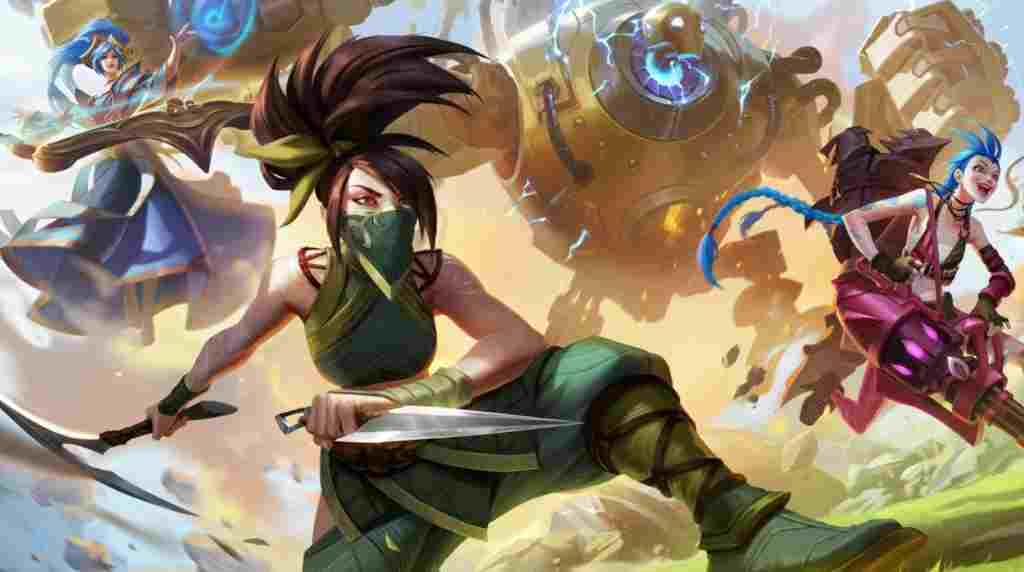 Home
Games
How Much Time Have You Wasted On LoL? League of Legends

There are hundreds of popular games on the internet, but League of Legends is the most incredible game popular globally. Whose name is mostly known by its short version “LoL.” It has a special place among gaming fans because it completely captures the attention of the player. Sometimes, we like a game so much that we get very caught up in playing it. And then we think about how much time we spend on a particular game.

How much time you wasted on lol

So you always think about how much time you have wasted on lol. Because this game is very addicting, and when you start to play it, hours will pass without you noticing the time. Keep in mind that while surfing on the internet, you will learn about some software with which you can track the time you play Lol.

It is quite a unique concept because one would think, why would we need such software. After all, we have clocks in our homes. But there is a reason behind it, which we will learn later in this article.

This adorable game was started 12 years ago and is based on a theme-based strategy. There are usually two teams in the game, each with five powerful Champions. When the game starts, these powerful champions face each other. Their main intention is to destroy each other’s base.

What are the reasons for the popularity of League of Legends?

As we all know, League of Legends is an exciting game, so it is popular, and there are some reasons behind it.

Is League of Legends a fun game?

You will be amazed to know that there is an estimate of 67 million people who play this game monthly. These 67 million people are from all over the world, and it shows that it has something in itself that attracts people.

How can I check how much time you have wasted on lol?

Remember that different new features are also added to the game when a new League client arrives. You will also get the new and improved statistics after that. So whenever you want to know how much you wasted on lol, you can go to the statistics tab. After tapping on this tab, you can easily see how long you have played in every season. The number of games that you have played will be displayed on the bottom left corner of your screen.

It shows the number of hours you spend playing the game. It is considered to be the most precise tool for measuring time. As it is a little bit old game, you will not be able to collect the data until 2018. But this is the old-time you can check your time from 2019 till now.

How much time you wasted on lol: Check on site.

You can check the statistics in the game, but you can also check your time of playing the game on the website. Keep in mind that the most popular site that tells you how much time you wasted on LOL is undoubtedly WoL. You can easily go to the site as it shows you a very simple interface and is straightforward to use. You just have to enter your creator’s name and go to the server.

To use this method, first you’ll have to go on Wol.gg. After going to Wol you’ll write your summoner’s name and select your region from the list given on the right side of the tab. Now click on the option “how much time I wasted on lol”, and viola, based on their database, they will tell you how many hours have you spent playing league of legends. The best part is the result is in days, hours and even minutes.

However there is one disadvantage of using this method. Because of the fact that Wol.gg is a third party app, it will not give you 100% accurate results. After that, it will show you the results about how much time you wasted on it lol. Most surprisingly it will also show you the time you spend in other ways such as reading books or watching movies.

You should be aware that sometimes the tool will not give you the correct results. But as per my experience, I get the full accurate and precise results both on the game statistics tab and on the site.

This is another way you can check the time wasted on it lol. This is a quick and easy method where you just have to go for wol.gg. Then you have to select your region and, after that, enter your rookie name. Now you will get an idea of how much time you have been in League of Legends.

We can conclude that looking for time wasted on LOL is easy to navigate with some links and clutter. However, by watching the time duration, you can also go for other features available on this page. On the website, you can easily see the top bar menu. From this menu, you can purchase RP and view the list of the top 20 players in each region.

This list is based on the time spent by these players in League of Legends.

Another idea is to do the calculation yourself.

Another idea to check the calculations is to check the number of games you played on sites like op.gg. You will also have to enter your summoner’s name here too. After that, multiply this number by 30. The reason is that the average time to play a particular game is 30 minutes or lower for ranked games.

On the other side, you can also multiply this number by 25 because 25 minutes is the average time for the higher ranked games. These calculations will give you an average idea of how many hours you have spent playing the game. Wow, another idea with which you can also calculate how much time you wasted on Lol. In this method, you can also divide the total number of skill points and then add it.

In addition, you can divide it by 650. So if you do not want to rely on different automated sites, you can do your simple calculations and get the perfect idea about how much time you visited wasted on lol. Of course it will not be precise but it will give you a pretty good idea.

Is League of Legends free to play?

You will be happy to know that League of Legends is still free to play. You do not have to pay extra dollars while going towards the next level. This is one thing I like most about the game. Even the players who have been playing for 3 to 4 years have won all the championships without spending a single penny.

What does peeling mean in League of Legends?

In order to keep yourself protected, peeling is the best thing you can do. So peeling means protecting yourself against vulnerable allied carries. Keep in mind that League of Legends is a fun game where you can kill your enemy in the blink of an eye by bursting him.

However, it is highly recommended to keep you safe while playing the game because there is also the danger of dying in the blink of an eye.

Why is League of Legends so addictive?

There are many reasons why League of Legends becomes addictive for someone, but you must not take it on your mind. It gives you regular content releases. After completing certain levels, you will be able to reach the Championship.

After playing for a long period, you always think how much time you wasted on it, lol. But keep in mind that playing on LOL is not a waste of time. People always feel determined to play the game because they will not feel disappointed. It is highly recommended to take breaks so that you might feel relaxed.