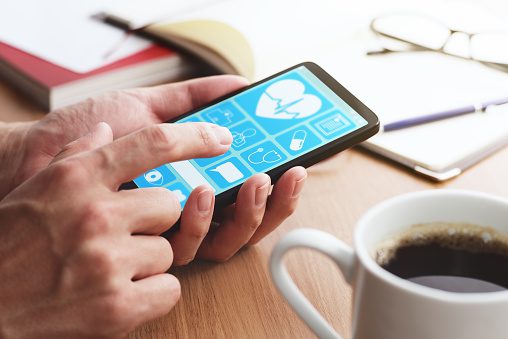 Home
Tech
Is Your App Testing Strategy Playing Catch-Up?Here’s How to Get Ahead.

The testing and quality assurance (QA) phase of the mobile application development process is critical. Many people neglect this phase while working on a mobile app development project despite its significance. Mobile internet use is increasing while laptop/desktop internet usage is declining. A growing number of people are using mobile devices. As a result, your app must provide superior experiences. Regardless of the application you are using; mobile app testing assures a great experience.

Through effective app development, QA should be included at every step of the process, from content creation to project analysis, test specification development, and product launch. We’ve put up a comprehensive guide on mobile app testing. It will give you all the necessary insights into mobile automation testing of apps. So, without wasting any more of your time, let’s dive into the details.

What Is Mobile Application Testing?

The practice of performing tests on a mobile application to ensure that its functionality and usability satisfy the criteria and are ready for launch is known as mobile app testing. Mobile app testing comprises general and mobile-specific testing forms like functional, usability, performance, security, and load. Specific metrics that are tested include interruption, memory leakage, location, certification, installation, etc.

As you would expect, mobile app testing is a time-consuming procedure that involves dozens of screen resolutions, several operating system versions, various connection types, etc. But without it, you can’t aspire for a successful mobile app launch. Mobile app testing ensures that an app placed on the market is of excellent quality.

A mobile app development business that isn’t concerned about quality will fail, and all of your hard work will be for nothing. Crash reports, poor performance, and battery drain are common complaints on the Program Store and Google Play, all of which might have been prevented if the app had been well tested. Here are a few of the advantages of mobile app testing.

The goal of QAs is to ensure that an app works flawlessly. They test if an application meets certain performance criteria such as varying load circumstances, changing networks, and so on. Every QA team must select whether it will test with actual devices or use emulators. We highly advise avoiding placing all of your eggs in one basket when evaluating these two possibilities.

Simulators are useful in the early phases of app development, but actual devices should be considered before releasing your app to guarantee that it runs well. Combining the two ways and supplementing them with a device cloud, according to our experience, is the ideal solution.

QA engineers can put themselves in the shoes of consumers and evaluate the complete app experience. They investigate the rationale underlying the program and double-check that it is simple and easy to understand. If you want to get great results, you’ll need to continue doing UI and UX tests throughout the whole development life cycle.

It’s all about the user in the end. People who like an app will keep using it and may even tell their friends about it. This will assist your company in establishing a solid industry reputation and reaching a larger audience. However, if your software continues to enrage people, you will never build a significant degree of loyalty. As a result, be sure to test often and thoroughly.

A native app, a web app, or a combination of the two may be used on a mobile device. Because each of these kinds is produced and tested differently, your test method will change based on the type of mobile app you choose to design.

Because of their integration and personalization features, native applications often provide the greatest user experience. What’s the disadvantage? Native applications are more costly to create since they are designed for a single operating system, requiring numerous versions to run on different platforms.

A mobile web app is just a scaled-down version of a website. They’re accessed via a smartphone browser and aren’t downloaded, so device setup and integration aren’t an issue. What’s the disadvantage? They can’t use native smartphone features like cameras, GPS, or phone dialing, and they’re practically useless if your user isn’t connected to the internet. The bright side? They are both speedy and inexpensive.

Hybrid mobile applications have a single code base enabling cross-platform portability while yet being able to use parts of the phone’s local hardware. They’re a native wrapper for a web app. Hybrid apps are faster and less expensive than native apps since they don’t have to be recorded for each platform. However, they lack the speed, dependability, and user experience of native apps.

When it comes to connecting with your firm, the following data show that user experience takes precedence over anything else. Users demand responsive and dependable applications, regardless of how you got there! Having your app on the market only to have a presence isn’t the same as getting it accepted and utilized by millions of people.

Sure, there are other aspects to consider when deciding on construction, such as time-to-market and money, but you must think about your consumers. Given the statistics above, it’s important to keep your user in mind not just throughout development but also during testing.

Strategies or best practices followed in any procedure can surely level up your game. Look into these strategies to make your mobile application testing process optimal.

Even though  Android and iOS are the most popular mobile operating systems, it’s critical to decide ahead of time which OSes your app will support and which versions of those OSes. Testing an app on a single OS is simple, but the work gets more challenging as you encounter more and more versions.

Examine your market thoroughly and consider which versions you will support. This will aid the QA team in planning test cases and functionality for the supported platforms and versions.

One of the most important future developments in mobile app testing is automation device testing. Test cases may be programmed and reused for several iterations using automated testing. In comparison to manual testing, they are also completed in a fraction of the time. This is especially useful for the time-consuming, repeated test cases that testers must go through one by one. Despite the initial expenditure, automated testing saves a lot of QA resources

It’s a prevalent misperception that testing and quality assurance begin during the development lifecycle’s testing phase. When in reality, QA and testing should be a part of the design process from the start. It’s critical to consider the test cases that will be utilized while creating the final product.

When the application is ready to be delivered to QA, the easiest approach to achieve this is to cease treating it like a separate entity. Instead, you should include quality assurance into every process to ensure that all teams are on the same page about what needs to be tested and how it should be done. Your QA team will be aware of their test cases as well as the business and functional criteria that must be completed if you use this method.

One of the most difficult duties for QA teams is ensuring that an app works properly on all devices. After determining which OS versions will be supported, it’s time to determine which devices will need testing. The longer the testing step takes, the more devices need to be evaluated. Emulators may be used to reduce the expense of device testing.

You may save a lot of time and manpower on device testing by simulating a large number of mobile devices simultaneously. This is also beneficial when actual gadgets are not readily accessible for testing.

This isn’t a great solution, however. Emulators will never be able to completely reproduce the behavior of a real device. Knowing how a device works outside of a test environment is particularly important since most users will have many background programs sucking memory.

Emulators should be used in conjunction with actual device testing wherever practical, particularly for popular devices. Setting up a device testing plan early on in the process to see how this will play out will help you save time throughout testing.

One of the most common user concerns is battery life. Users will remove your app if it consumes the device battery rapidly and visibly. Various applications nowadays employ a variety of battery-intensive operations, such as storing and transferring large amounts of data, streaming video content,  leveraging geo-location, and other tasks.

To figure out which aspects of the app drain the battery the most, QA testers must do a lot of battery tests, feature by feature. From both a business and QA standpoint, this is a major risk that has to be addressed.

Nowadays, practically all apps need a network connection, and not everyone has the same amount of internet access. It’s easy for developers and testers to believe that their office’s high-speed WiFi is standard. However, most people have to struggle with sporadic connections and slow internet.

The QA team must ensure that the application works on all network speeds, including 1G,  WiFi, and LTE. This includes abrupt network fluctuations, speed changes, and even connection loss.

As more data is sent back and forth between apps, security becomes more of a priority. According to an IBM research on the financial effect of data breaches, the average cost of a data breach is more than $2.5 million.

The security of mobile apps is atrocious, and this should not be the standard. It’s vital to start planning security testing early so you can check for data leaks, make sure web data isn’t susceptible, and make sure security vulnerabilities aren’t there.

The option to roll out your app in stages, depending on your app, may make a big impact. Internally, you may not be able to catch all of the flaws and issues in your program. This is why alternative rollout tactics, such as a beta testing program or launching in limited locations initially, might help your software gain traction. If your QA team misses anything, it may be identified by a small group of users rather than being regarded badly by your whole target audience.

You can acquire genuine test data from real users with a mobile app testing service, providing you extensive insights into what these test customers think of your app. This benefits both your company and your customers. You’ll be able to bring applications to market faster while also saving consumers time and aggravation by eliminating faults more quickly.

These are just a few of the reasons why mobile app testing services are so popular among developers. Platforms like LambdaTest offer line real device virtual and cloud testing platforms of emulators and simulators. These may be used to test your native mobile apps.