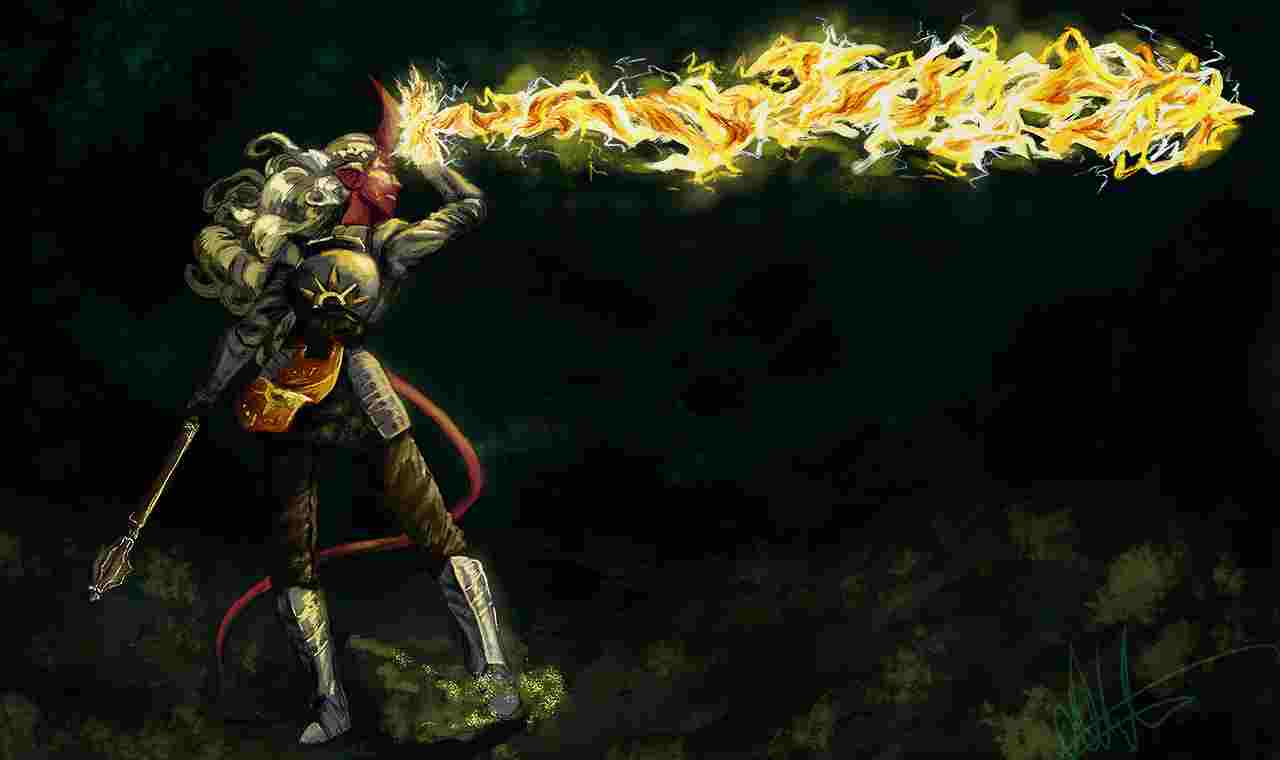 Dungeons and Dragons are, in fact, the perfect game to opt for this kind of playstyle, as the game in its nature encourages creativity and thinking out the box. Therefore, people who choose to embark on their fantastical journey choose to dabble further into the fantasy element of it by focusing on witchcraft.

It is where the spell Guiding Bolt 5e comes in, as it is a 1st level spell you can equip in the game, and unlike the majority of such spells, it is not weak at all; in fact, it is quite strong, but before we dive further deeper into the spell. I believe a quick refresher for Dungeons and Dragons is for those who are unaware of the game.

About Dungeons and Dragons

Dungeons and Dragons or DND, as referred to as players of the game, was first launched in 1974. The masterminds behind the game are Gary Gygax and Dave Arneson. Ever since the game was launched, it has quickly garnered a lot of attention and praise for how it gives so much freedom to the players.

Dungeons and Dragons have become a cornerstone for nerd culture and even geek culture. In fact, it is very likely if you run down to your local comic or game store, you will find a group of diehard fans indulging in the game.

But why is this? Why are Dungeons and Dragons so beloved?

The Appeal of Dungeons and Dragons

Dungeon and Dragons is well-beloved for quite a few reasons.  The lore and world-building of the main game are so immense that you can lose hours just researching on it and going through the vast number of campaigns.

Dungeons and Dragons really feel like an amalgamation of all types of fantasy into one tabletop game, and that is one of the reasons why people have gravitated to it. The game allows you to live your fantasy dreams.

Dungeon and Dragons is also very well known for the large number of campaigns it offers and how it allows you to choose what type of adventure you want to embark on.  This way, each game played with friends is a different game. The game also offers longevity by having campaigns that are multiple hours long.

Dungeons and Dragons allow you to create your own character and give thosecharacters attributes and a name. It allows you to give them a personality, and as you make choices in the game, it’s as if you’re making the choices. It makes you feel immersed.

The game even lets you decide what type of player you want to be. Do you want to be a brute, a thief or a cleric? The choice is yours! If you decide to go down the path of the cleric, the game has got you covered there as well! I recommend equipping Guiding Bolt 5e!

What is Guiding Bolt 5e?

Guiding Bolt 5e is an in-game spell that allows you to cast a flash of light streaks. It is considered an essential spell for combat, and for a good reason. The spell can really save you in tough situations and should be sought out for.

If a terrifying creature attacks you in-game and if he is in a range, you can cast this spell and unless a streak of lights at them, giving them serious damage. Only the class of clerics can have this spell, which is a very useful spell to have as clerics are primarily healers and need some self-defence of their own.

In order to cast this spell, you need to be in the range of the target, at least 120 feet. Upon being in range, if this attack hits, it will do 4d6 radiant damage, as well the next attack roll. This spell only has the casting time of one action and will only last one round.

This spell truly becomes dangerous when you decide to cast it with a higher-level slot, as when it hits, it will do 1d6 extra for each slot that is above the 1st level. This spell may be a beginner spell, but if used correctly, it can make you a cleric to be reckoned with!

With the tabletop game offering a huge variety of spells, their a common debate on which is the strongest and weakest. Guiding Bolt 5e is caught in the middle of these discussions. There is a case that this spell is underpowered, but why?

The common argument for Guiding Bolt 5e being underpowered is that it is frankly dwarfed in power by the other spells you can get at the same level in the early game, for example, burning hands. There is also an argument that since a cleric is a healer, a destructive spell is not necessary for them as others in the party will cover that for them.

However, some people will argue that this spell is, in fact, overpowered, not the other way around.  The fact that healers in the first place do not have any offensive options is a case of argument in favour of this spell.

The most obvious reason that this spell is considered overpowered is the fact that it does 4d6 damage. It is anastonishingly high amount of damage, and this will further increase once you invest in a higher-level spell slot for it.

It, being a spell that you can acquire in the beginning, also furthers the point that it is overpowered.  This spell gets even stronger as you progress in the game, like the fact that it can be cast up. This spell is likely to be an important spell to keep even when nearing the end of your campaign!

Overall, the argument for or against Guiding Bolt 5e being overpowered or underpowered is kind of a moot point, in my opinion. A good spell is just that, a good spell. Tabletop fans love having a spell in their favourite game, and it’s easy to see why that it is.

It is a strong and efficient spell. If it connects, then it can lead to deadly results, which explains why players want this spell.  Especially those in the cleric class, as it lets a healing focused class have some serious firepower!

I recommend that if your class can allow you to acquire it, you should actively seek out this spell. It may not be the strongest early game spell, but it is still a spell worth having!